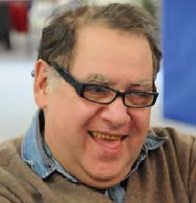 Born in 1944 in Tunis, Paul was a brilliant student, emerging from his studies with accolades of ”ancient élève de l’Ecole normale supérieure lettres” (superior student) and “Agrégé de grammaire” (Professor of Grammar).

Paul won the European Open Pairs on three separate occasions, with three different partners, so it’s no surprise that he also won the World Individual Championship in 1998.