The European Bridge Community is deeply saddened to hear of the death of Catherine d’Ovidio. Former world number one, double world champion in women’s teams, five-time European women’s team champion, Catherine was considered one of the most talented players of her generation. 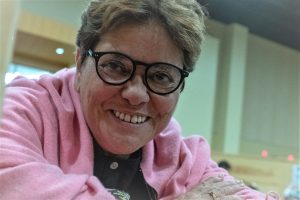 Catherine was inducted into the EBL Hall of Fame earlier this year.

Our deepest condolences to her husband Pierre, her daughter Elodie, and her many friends and colleagues.