In spring of 1967, Italian national team arrived to hotel Esplanade in Zagreb to face selection of Croatian best players

in a bridge match. Italians won easily, confirming invincibility at that time.
In May 2017, Croatian Bridge Federation organized the revival match and asked original members of the teams to take cards again and celebrate 50 years of sport competition at the highest level. Italy was captained by Dano de Falco (only one still active from the original team) and supported by the “old guard” – Gianni Genova, Paolo Clair and Massimo Moritsch. For Croatia partnership was formed between Jurica Carić and Esad Kulović (original members) and reinforced by Croatian national team, including golden girls Marina Pilipović and Nikica Šver.

Needles to say, Italian team confirmed their class and showed to have plenty of experience, winning both half-times of the match. However, this time the result was just a secondary thought, the spirit and celebration of the game prevailed. 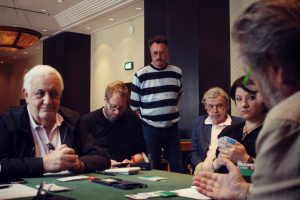 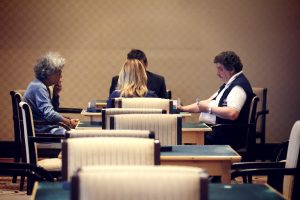 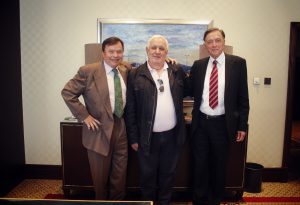