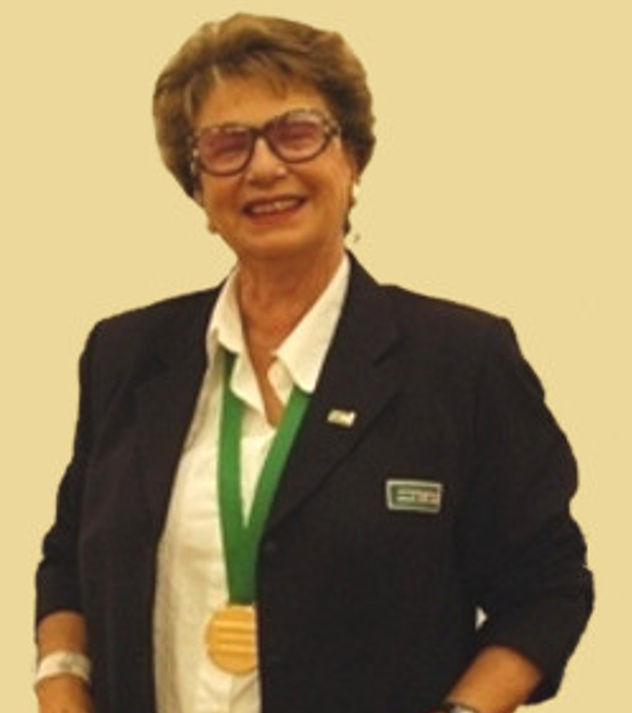 The European bridge community is saddened by the news of the death of Anna Maria Torlontano.

During her long life, Anna Maria put all her energy into promoting Bridge and in particular the development of womens’ bridge
and competitions. Anna Maria started in bridge administration as President of the Bridge Association of Pescara, her home town. She joined the FIGB board and in 1985 she was elected to the EBL Executive Council where she continued to be re-elected up until to 2007.

She served as EBL Vice-president from 2007 and as Chairman of the EBL Womens’ Committee (1995-2010). Everybody will also remember Anna Maria as Master of Ceremonies for our EBL Championships over that period. She was awarded the EBL Gold Medal in 1999, and appointed as Chairman Emeritus of the EBL Womens’ Committee in 2010. Anna Maria was a woman who was assionate about Bridge, always smiling, with grace and elegance. She also loved cooking and was a member of the Italian Cooking Academy.

Anna Maria will be missed by all of us, and the EBL wishes to express its condolences to her family.